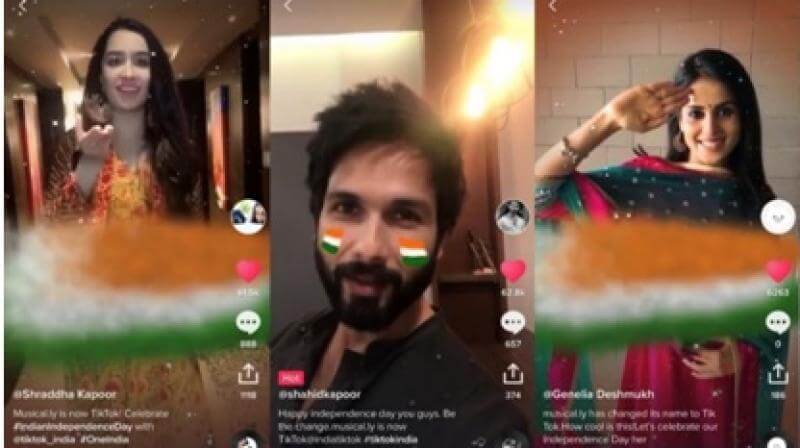 Tik Tok In India Is Growing Rapidly, But It Brings A Sense Of Concern With Its Content The Lady Dior white handbag sold out through Tik Tok’s platform and this new strategy to target young customers by using Tik Tok to communicate the details of the product with the animation has seen better results. Beauty brands such as Estee Lauder and Lancome also started using the same application, and even Michael Kors and Adidas Neo then followed suite. What enhances the experience is TikTok’s ‘For You’ feed. It offers personalised recommendations to users according to their viewing preferences. The content is curated in a way that instead of serving up videos from only the popular users on the platform, users also get recommendations of video content shared by regular users of the app. With this feature, TikTok is enabling more users to find success in being a creator on the platform and reaching new, global audience.

TikTok, the popular lip-sync app, is filled with 15-second clips of meme-friendly content featuring its youthful users miming to their favourite songs. The videos range from the harmless to the explicit, depending upon the users followed. The app has gone viral, having racked up close to 100 million downloads and with 20 million monthly active users in India.

The popular Chinese app has made its inroads in India but parents are concerned with this ‘generation’ of the app users that go to insane lengths to get a certain video. The apps have benefited mightily from the short-video craze that’s taken hold among pre-teens and adolescents, but this is putting them in danger from predators, experts said. Given the mature nature of much of the content and the age of users, the content on these apps could be in violation of the law, they said.

Concern Continues In Other Countries

The popularity of the app doesn’t just spark concern in India but also in United States and Australia over its failure to protect children from harassment and virtual bullying. Hong Kong primary school children were placing themselves at risk by exposing their identities on the app as well

According to Tik Tok’s service agreement, the app is not for users under 16 years old and the firm will terminate accounts where necessary. Despite the rapidly growing user base, apps like TikTok don’t have a grievance redressal officer in India. The government is insisting on this for all major social media platforms.

The app only allows users two settings when posting: for videos to be completely private – meaning restricted to the creator’s viewing only – or for clips to be entirely open to the public. In the privacy settings offered by Tik Tok users can only choose if friends, or anyone, can send them private messages, and block specific users. There is no friends-only sharing option. Users are also not able to delete their accounts themselves but must do so by email request.

Regulations In the future

“If these apps are operating in a manner that under-18 children use it, then one needs to check what are the other safeguards they have built for parental consent — this is definitely something that has to be looked into,” said Supratim Chakraborty, associate partner at law firm Khaitan & Co. “From a national security standpoint, children fall under the sensitive category. Today, there is a lack of law to put forward strict compliance.”