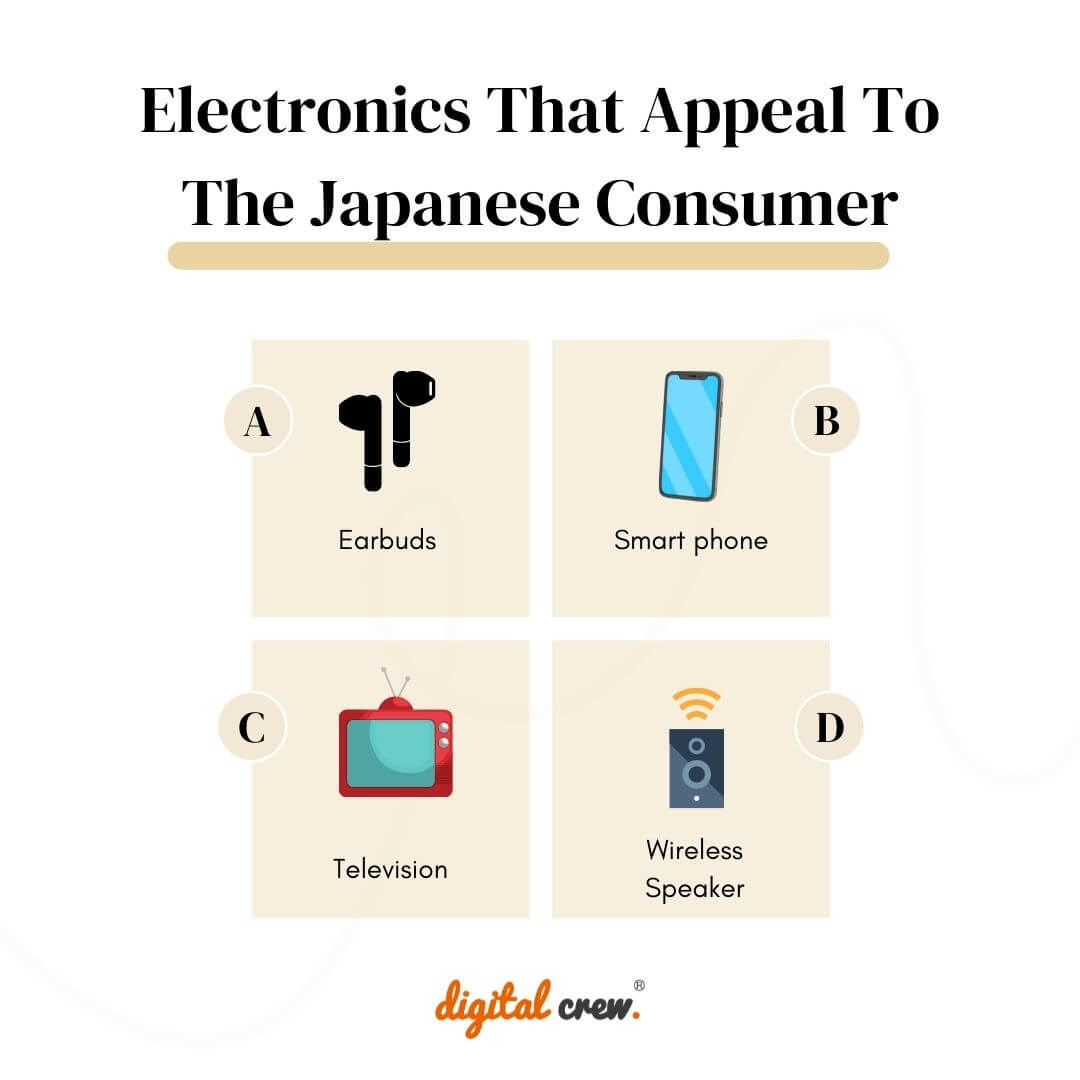 People’s rising disposable income and preferences for smart homes and smart business environments are important drivers for the growth of consumer electronics in Japan.

According to an eShipper survey, the fastest-growing category in eCommerce globally is electronics. For several years, consumer electronics has been the second-largest eCommerce category in Japan, with a market share of more than 18%. It is just behind clothes viz the leading category.

There was a strong increase in demand for a variety of consumer electronics in 2020 due to the pandemic’s “home seclusion” trend. This included computers for remote working and studying, and televisions and e-readers for home entertainment.

Other areas that have been substantially impacted by home seclusions, such as in-car entertainment and imaging equipment, are expected to see a slight increase in demand as people begin to spend longer periods of time outside of the home.

TWS earbuds, smartphones, televisions, smart wearables, and wireless speakers continue to appeal to Japanese consumers, despite slower growth rates compared to 2020. This is in line with increased digitalization and need for more smart solutions. For example, the share of internet smart TVs & LED TVs continued to climb, allowing customers to stream digital material while enjoying a higher quality viewing experience as they spent more time at home.

The category is expected to grow at a 4.5% annual rate. But, user penetration is expected to increase, from roughly one-third, to almost half of customers over the next four years.

When compared to many other industries, e-commerce continues to gain share in terms of distributing consumer electronics in Japan. Ecommerce provides the convenience of home delivery, competitive rates, and a greater selection of products and brands that many in-store shops are unable to stock. However, specialist retailers of electronics and appliances, both offline and online, continue to be the dominant channel.

What Makes Electronics A Potent Market For International Sellers?

One of the reasons that electronics is such a popular market for eCommerce sellers looking to sell in Japan, is that the average revenue per user is larger than in any of the other listed markets. In fact, it is one of the top categories in the nation’s eCommerce sector overall.

Surprisingly, domestically purchased devices are often more expensive for Japanese consumers. For example, brand new mobile phones can be acquired for less than $200 from an international seller online; the same phone can cost up to $475 more from a Japanese seller.

There were several factors that kept prices high; market dominance by specific companies reduced incentives to lower costs, and Japanese consumers are unlikely to buy electronics second hand or from a merchant they do not trust. For a long time, prices remained unmoved. Legislation altered the market a few years ago, but the pattern has remained.

The proliferation of multifunctional smartphones will continue to threaten the future of numerous consumer electronics in Japan, such as imaging equipment, in-car entertainment & navigation, and portable media players. Smartphone evolution, on the other hand, is presently slowing down.

If you’re in the Consumer Electronics industry in Japan, Digital Crew will assist you in making educated, intelligent decisions, recognizing and profiting from opportunities, and offering resilience in the face of market unpredictability. 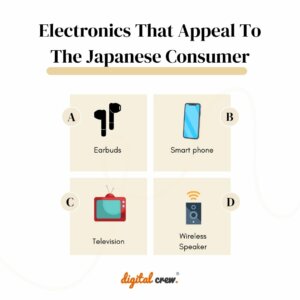