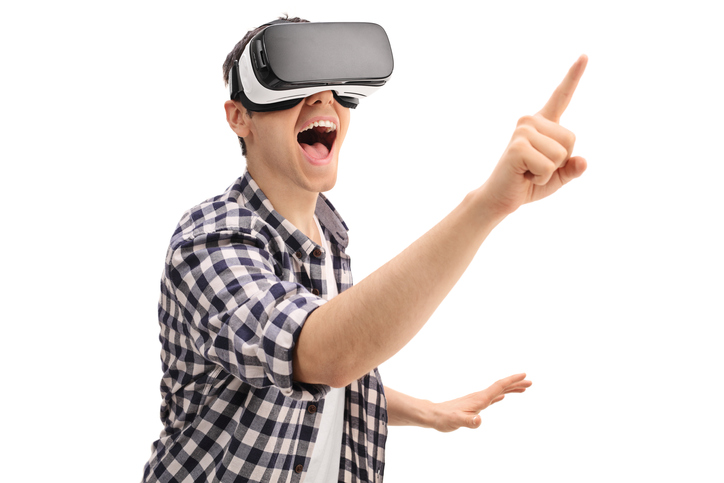 Virtual reality (VR) is becoming more popular all around the world but nowhere is it taking off quite as fast as China. VR in China is bigger than the US, Australia and anywhere else thanks to the Chinese capabilities for low cost, mass manufacturing and recent large scale investment in tech.

Unlike previous technological innovations where China has been a source of low cost copies, virtual reality is still very new and China appears to be positioning itself as a leader and a driver of this technology. With a low number of US-made VR headsets available, Chinese entrepreneurs have been filling the gap with locally made headsets, which have been selling rapidly. According to Bloomberg, currently there are over 200 start-ups working in the VR industry, creating headsets, software and hardware.

With over 100 types of different VR headsets available in China, the next step is to create content for VR. Because high quality VR is out of reach for the majority of the Chinese population, out of home VR experiences are increasing around the country, with VR machines in shopping malls and other public places.

Mobile VR is the main area where sales have really taken off mainly due to its affordability when compared to high-end PC-based VR. They are compatible with most types of smartphones, so there’s no extra outlay once the headset has been purchased.

China’s VR market is expected to reach over $8.5 billion in 2020 and filmmakers are already starting to take advantage of its widespread nature by creating movies and stories especially tailored to the immersive experience. Other companies are at work creating virtual shopping experiences for customers, and working on developing virtual reality experiences like live streamed concerts for users.

In fact, China’s marketing is one area where we can expect to see a lot more use of virtual reality. With so many VR headsets on the market, Chinese consumers are more likely than other consumers to want to be able to use this technology for purchasing and research.

VR is an excellent tool for marketing. It lets a customer try out a product and experience what it would be like before they actually buy it. From trying on clothes and cosmetics to taking VR tours of holiday destinations, the options for marketing to Chinese consumers via VR are endless.

Talk to us about how you can localise your VR content for Chinese audiences.