Home » Blog » Is WeChat at the Top of Your China Marketing Agenda? 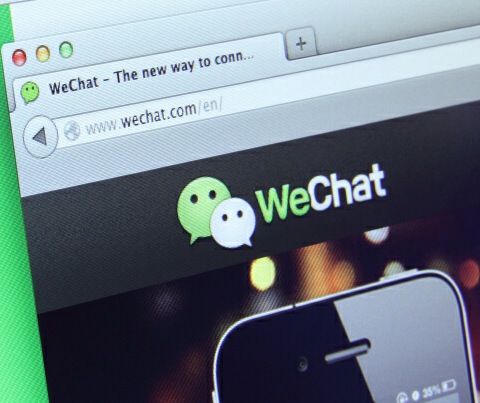 Boasting 468 million active monthly users, TenCent’s hugely-popular micro-messaging platform WeChat is a force to be reckoned with in the social media space in China.

The recently released inaugural platform report from TenCent, which pulled data from a survey of users and the China Academy of Information and Communications Technology, underscores the enormous influence of WeChat and the potential benefits of using the channel to market to Chinese audiences.

WeChat users are on the app a lot, and access it from mobile devices. According to the report, more than half (55.2%) of WeChat’s users open the app in excess of ten times daily. Almost half (46.3%) of the users surveyed also used WeChat more often than any other app.

WeChat users are also voracious consumers of mobile data, recording approximately US$15.3 billion of mobile data consumption in 2014 – that’s equivalent to 4.24% of China’s entire mobile data use in 2013.

At 27.7% of all data usage, WeChat data usage was even higher than browser data usage, which came in at 26.9%.

WeChat as a platform for sharing and connecting

WeChat’s power as a social platform is undeniable. Some 62.7% of WeChat users report having at least 50 friends, and almost half more than 100. They report interacting more with their friends thanks to the app, and 57% of users claim that WeChat has helped them find new friends or reconnect with old ones.

When you consider how valuable word-of-mouth and social sharing is in the marketing world, these numbers highlight just how important WeChat is to any China-oriented marketing strategy.

WeChat ranks as a key channel for content viewing and consumption for many users. Not only did almost 80% of respondents report following the site’s Official Accounts – most of them brand and media accounts – but 41.1% of those users reported following those accounts with the main goal of obtaining information.

No wonder many WeChat official accounts are recording revenues in excess of US$1m, figures that are likely to increase with the recent opening of WeChat Stores.

So just who is using WeChat?

This relative youth is reflected in reported user occupations, with the majority of users reporting being students, working in the public or private sectors, or being freelancers or self-employed.

Where to from here?

With WeChat’s Official Accounts showing high levels of engagement from an audience that’s actively looking for information, entertainment and other services, having a focused marketing approach can pay off.

To leverage what WeChat has to offer, get in touch with Digital Crew’s China Online Marketing division. One of our native Chinese-speaking consultants can help you develop a tailored marketing strategy to help you make the most of the WeChat platform.