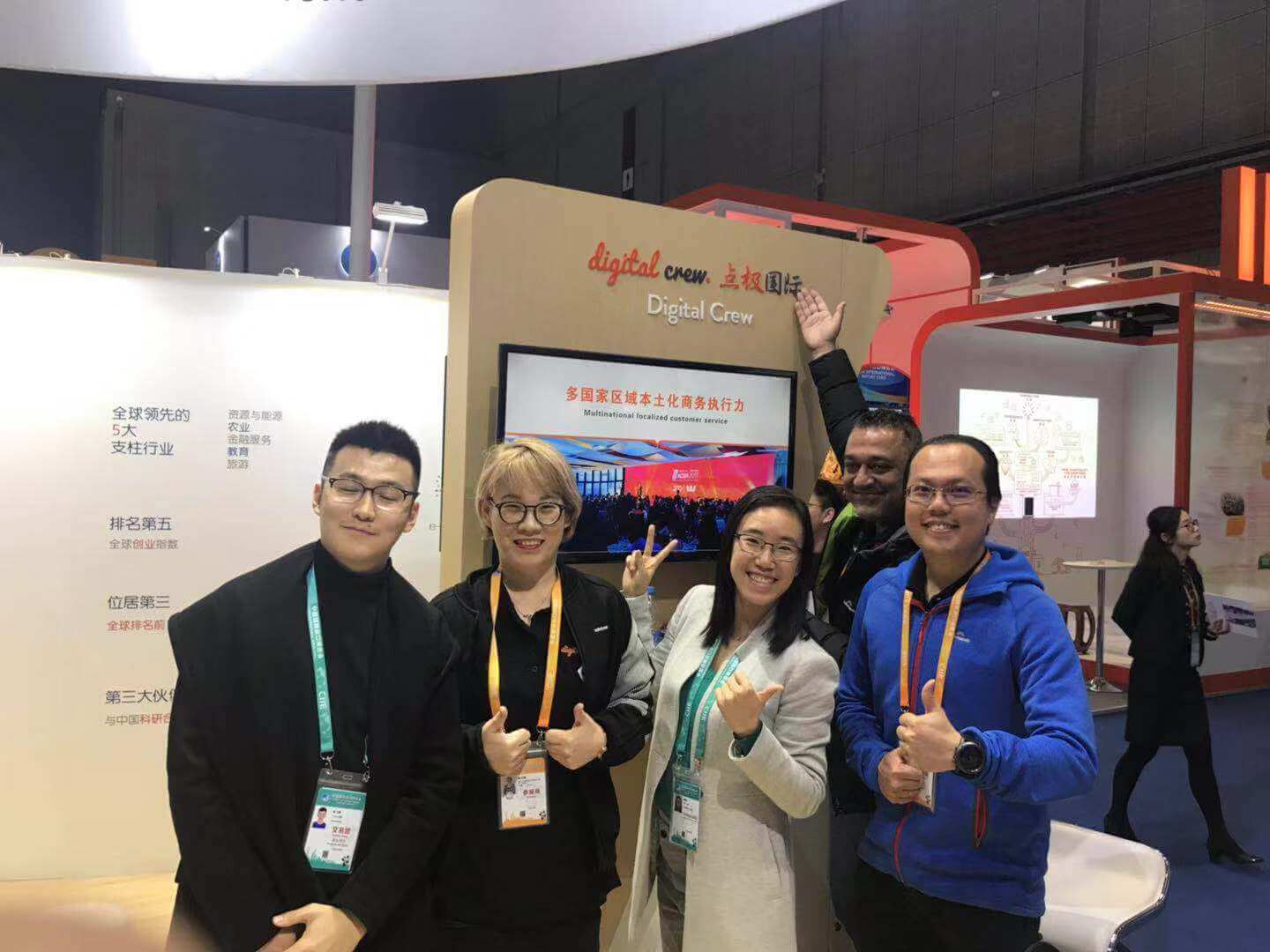 Digital Crew At CIIE, Welcomed An Audience From Europe, U.S., Australia, South Africa And The Middle East To Their Booth At CIIE

Digital Crew At CIIE: The Shanghai National Convention and Exhibition Centre, which is like a huge “four-leaf clover”, became a weather vane for China to open to the world. China’s first import fair ended on an impressive note,  exceeding all expectations. Digital Crew, the multilingual digital agency was present amidst entities like Facebook, Google and 3600 organisations from 172 countries, with more than 4,00,000 domestic and foreign buyers at the expo. China’s president Xi Jinping and Australia’s trade minister graced the expo with their presence to further encourage a rules-based multilateral trading system that allows for the effective flow of goods and services between Australia and China. Digital Crew’s general managers Carmen Zhao & Jhin Chan from the Australia and China team hosted the audience at the booth. The multilingual team assisted visitors with enquiries about the global market, trade, wechat and weibo services overseas etc. The visitors interacted with the booth through a digital screen stationed at the venue. Statistics from the China International Import and Export Expo shows that the first import fair traded a fruitful harvest, with a cumulative figure of $57.83 billion. As a ground-breaking platform for co-operation, the Expo was an important public product that China provided to the world for all countries to benefit. The 60-page list of exhibitors in the Expo had businesses from categories that included services, automotive, smart and high-end equipment, consumer electronics, home appliances, clothing, medical equipment, healthcare, food and agricultural products. Digital Crew displayed their services alongside major entities like Google & Facebook in the technological services sector as it bridges communication gaps between China and the rest of the world thereby, functioning as a portal for trade and digital development. ‘As a multilingual team, we encourage businesses to grow and expand to countries with massive potential and lend all the support they need through our marketing services for effective communication’ Carmen Zhao, general manager – Digital Crew.