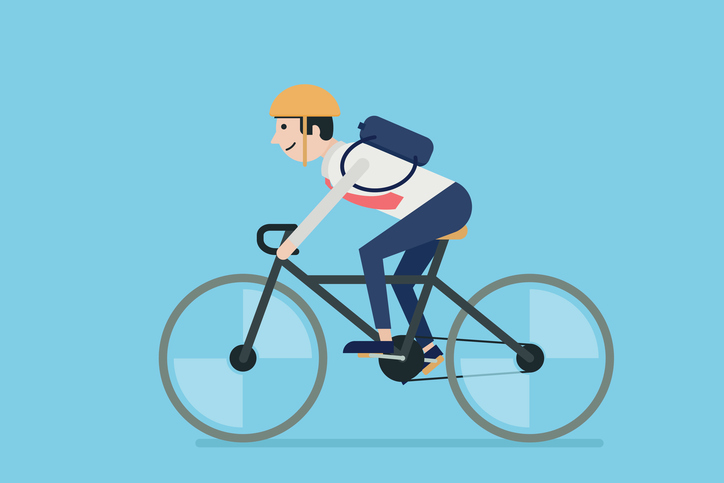 While China has long been known for its bicycles, these have been giving way to cars in recent decades, with an LA Times article reporting the number of bikes being about half what it was in the 1990s. But due to the arrival of some clever start-ups, bike riding appears to be experiencing a bit of a revival in Beijing and other cities, and it may be helping to reduce city traffic and congestion.

Ofo Bicycle and MoBike are the clear market leaders, and are both backed by big companies – for Ofo, it’s ride-sharing company Didi, while MoBike is backed by Tencent.

The popularity of bike-sharing apps is also leading to plenty of newcomers appearing on the landscape, such as UniBike, BlueGogo and HelloBike. The bikes around the towns and cities are generally distinguished by their bright colours.

Ofo is more of the student variety – having been created by five students on campus at Peking University. Users can unlock bikes with a text code on their smartphones, and costs are relatively low – at about AUD $17 for a deposit and nine cents an hour to hire. The bikes are tracked through users’ smartphones.

MoBike costs a bit more at around AUD $60 deposit and 17 cents an hour – but the bikes are found in more places. Bikes can be located through the smartphone app. They are unlocked via a QR code, come with GPS, and are tracked by GPS technology.

According to the China Channel Bike-Sharing Industry Mini-Report, many in the industry think that at some stage in the future the two companies will eventually merge, in a similar way to that of ride-sharing market leaders Didi Chuxing and Uber China in 2016.

What digital marketers can learn from this

China’s bike revival demonstrates the benefits of smartphone technology – such as how product hire, tracking and payments to be handled quickly and easily by the one smartphone app. Savvy digital marketing has also been paramount in the growth of both businesses – with search engine optimisation and social media networking being a big part of the mix.

Here are some tips marketers can learn from the bike story:

If you would like further assistance in marketing your business in China, get in contact with our bilingual digital marketing China team.