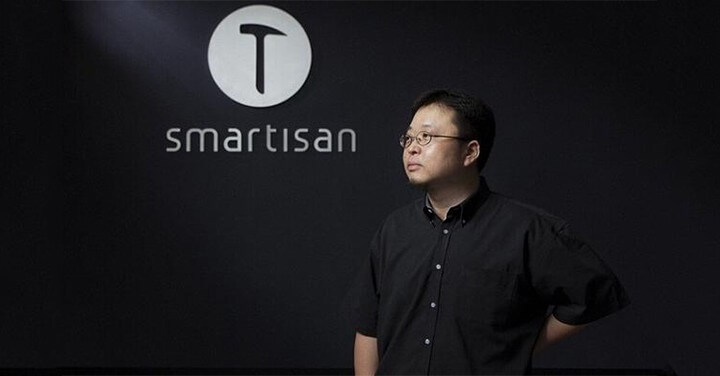 The app Zidan Duanxin that literally translates to bullet messenger has surged rapidly to be the most downloaded free app on Apple’s China App Store within four days of its launch, according to data from the app analytics firm App Annie. The downloads shot up to 7.2 million two weeks soon after. The Smartisan operated app is taking a shot at China’s virtually monopolistic messaging app sector, where Tencent’s WeChat dominates 86% of China’s social media app users.

A little background about Smartisan If you thought the backstory ended at Smartisan then you must read on to know more about the owner – Luo Yonghao. The man first came to the Chinese public’s attention via his outspoken consumer rights pronouncements on his microblog account (Weibo) by encouraging people to take a sledgehammer to a load of Siemens refrigerators which was sensationalised amongst the Chinese recipients as a retaliation for the poor product qualities

The video explains the fury

He projected his ‘crazy’ persona onto the smartphones that large swathes of China’s youth & the rich tech bosses seem to enjoy with the livestreaming feature.

Why is it a threat to WeChat?

Bullet’s no-frills interface is reminiscent of WeChat from the early 2010s, which focused exclusively on chatting. Over the years, WeChat has morphed into an all-in-one app that lets users complete an array of daily tasks from hailing rides to paying utility bills.

But Bullet Messenger may also get more sophisticated over time. The app is already mulling a partnership with Alibaba’s Alipay, said Luo. Since digital payment has become an integral part of Chinese life, the tie-up would come in handy as it goes up against WeChat.

Luo, however, wrote in his Weibo post that Bullet “is not intending to challenge WeChat.”

“It’s unrealistic to uninstall WeChat,” he admitted. Instead, the newcomer aims to carve out a niche for people who “care about efficient communication.”

Why this app has a chance of surviving

The app that was developed with a start-up called Kuairu claims ‘Humanized interaction with more efficiency’ and other functions like the ‘remind me later’ organizer, the ability to send and receive messages outside of the app’s main interface and a built-in integrated speech-to-text (automatic transcription) ability together with healthy curiosity have fired the app to the top of the free download charts on Apple’s App store in China.