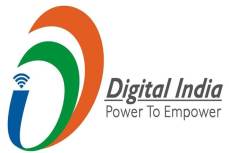 This Independence Day, we take a look at how far India has come since the inception of the digital India movement

As India celebrates its 72nd Independence Day, we dive into an India that has grown with the rest of the world and now stands at the 48th place in the world in terms of digital ranking. India has evolved with its digital movements turning its citizens into netizens today that use their mobile phones to hail cabs, shop, transfer payments and also pay bills.

Now – India’s Digital Index rose by 56 percent during 2014-2017, from 18-29 on a scale of 1-100. This has placed the country second in terms of growth among 17 emerging and mature Digital economies, according to McKinsey Global Institute (MGI). The number of internet users grew steadily from 375 million in October’15 to 500 million by June’18. The digital wave also brought about a spurt in mobile phone usage that accelerated affordable internet access. The government introduced a number of initiatives including digilockers to share documents electronically and ‘Bharat Interface For Money (BHIM)’ app that is the UPI based mobile app for digital payments and BHIM Aadhar. The success of some of the apps along with digital wallets by the private sector like Paytm rested on the demonetization drive. The ‘Pradhan Mantri Gramin Digital Saksharta Abhiyan (PMGDISHA)’ was aimed at making digitally literate citizens. The apps are also available in regional languages Brands like Alibaba and Xiaomi have turned their eyes to India’s digitalization thereby attracting many other global brands that want to reach out to this mass of 1.21 billion people. The scope for digital development keeps expanding by the minute because, majority of India’s population consists of the youth between the age groups of 18-24, a target segment that is ripe and in demand all over the world!