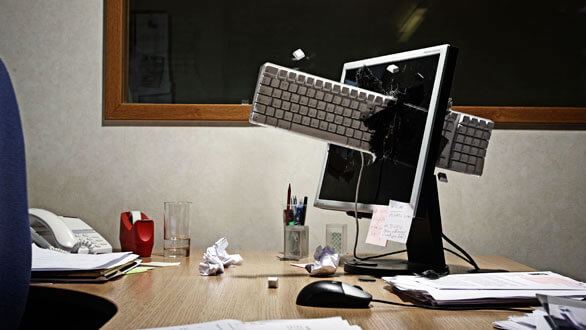 2018 was not exactly the year for tech and gadget introductions right from the search engine category to social media apps. We’re not denying the fact that some apps like Tik Tok made it to a million Chinese and Indian screens but social media platforms like Facebook are witnessing their last leg.

Facebook simply can’t take the place of a search engine and google can’t be a mainstream social media app. Here’s a lookback at apps and gadgets that are on the brink of extinction and some might have to slide out simply because it was a miss in 2018. We’re hoping we witness better technological innovations in 2019.

Google Allo is an instant messaging mobile app by Google for the Android and iOS mobile operating systems, with a web client available on Google Chrome, Mozilla Firefox, and Opera. The app uses phone numbers as identifiers, and allows users to exchange messages, files, voice notes and images. Google finally admitted that it will shut down its instant messaging app Allo which the company launched in 2016. The app will completely stop working by March next year. The company also mentioned that it wants every Android device to have a great messaging experience, so it is working on improving the SMS functionality. Facebook has been getting into major trouble for many reasons. The reasons ranged from leakage bugs to uncensored content that has zero supervision. It was under the limelight for compromised ethics in hiring opposition research firms to attack billionaire George Soros who has also been one of their most notable critics. This year has also witnessed the shutting down of the once popular Yahoo messenger. The messenger was finally put to rest on July 17th. The messenger that was launched years ago in 1998 was the earliest world wide web experience for the 90’s kids. It was famous for its chat rooms that allowed people to talk in groups as well. Yahoo however, failed to survive its recent-day competitors like Whatsapp, Facebook, Snapchat and Instagram direct. Google’s URL shortener was launched in the year 2009. The shortener tool has been a remarkable and a fun one but lasted for a short duration unfortunately. Google just announced that it would be shutting down the service. It asked users to consider using the app-centric Firebase Dynamic Links (FDL) or similar popular services like Bitly and Ow.ly as an alternative. M was a virtual assistant by Facebook, that was first announced in August 2015 and it can automatically complete tasks for users, such as purchase items, arrange gift deliveries, reserve restaurant tables, and arrange travel. It works inside the Facebook Messenger instant messaging service. After almost two-and-a-half years of introducing its own virtual assistant called M, Facebook killed this project earlier this year. Facebook M was limited to around 2000 users in California in the form of a chatbot in Facebook Messenger. Google Spaces was an app for group discussions and messaging developed by Google. The app was intended to compete with Slack as a content sharing platform where users can create a “space”, invite their friends for discussion, and share videos, images, text, and other media. Google killed this group messaging app that was launched in 2016 because Whatsapp groups exist for a reason. In October this year Google announced that is killing its social media platform Google Plus. The company decided to take the step after a security breach which exposed the personal data of around 5,00,000 Google Plus users. The company added that the vulnerability went unnoticed and no third party was able to exploit the data. Facebook’s syncing move didn’t take off either because google is already a player in the space! Facebook launched the app called Hello in the year 2015 for its Android users and the company decided to kill it on July 31st. The Hello app allowed users to combine information from Facebook with contact information on their phone.