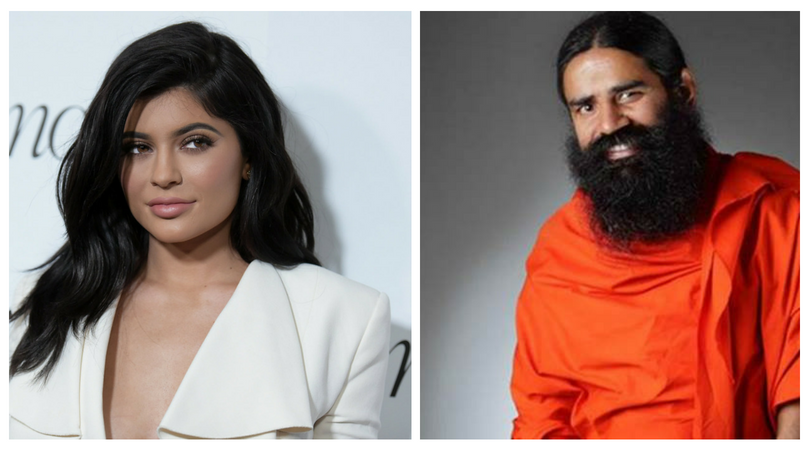 What Do They Have In Common

We’re witnessing a monumental moment with Kylie Jenner about to grab the ‘Forbes Youngest Billionaire’ Baton from Mark Zuckerberg at 20. Kylie Jenner leveraged social media to an extent that is on the brink of surpassing the creator of social media altogether, hiking her net worth to a good $900 million is less than 3 years (2015-2018). Baba Ramdev on the other hand rose to fame through the Aastha TV demonstrating yoga to India and the world building a net worth of $220 million. The two entrepreneurs may have businesses that are poles apart from each other, but they’ve understood one business secret that many other entrepreneurs fail to notice. It’s their CULT FOLLOWING

What is this social media cult?

The literal definition of a cult is a social group defined by certain religious, spiritual or philosophical beliefs. Ever heard of the Elvis Priestly cult? or Aum Shinrikyo? You’re probably repelled by the word ‘cult’ because of its negative connotations but believe me, we’re all part of cults today, thanks to social media. However, the social media definition of a cult in this case is metaphorical for reasons that you as a user, devote your time towards a particular entity that you resonate with. If you’ve been stalking Kylie Jenner on Instagram since 2014, you probably landed up following her page @kyliecosmetics automatically to keep up with her lip kit collections, you technically signed up for the Kylie Kult and you’re already one of the Kult leaders in Kylie universe, if you’ve purchased her lipkits. When hilarious Patanjali memes started floating on social media and you ended up purchasing their products to test it out, you gave in to Patanjali’s ayurvedic claims and obviously qualified for Baba Ramdev’s virtual cult. You could mentally be a part of multiple cults because these entities are usually a public figure, a celebrity, a brand simply because you relate to certain ideologies and beliefs or just admire their talents. For instance, Beliebers (Justin Bieber fans), Little monsters (Lady Gaga Fans), Potter Heads (Harry Potter Fans), take pride in their associations with these artists / works of art and go to crazy lengths to score concert tickets, fan merchandise etc.

You might not necessarily fall into an extreme cult category, but you could take this quiz to find out if you’re mentally part of a few cults (Aka whether you’re a fan consumer of products):

If your answers are mostly Yes – You belong to a cult / cults. Period.

If your answers are Sometimes – You display a certain amount of interest in a few cult memberships, but your logic and reasoning take the first seat.

How did the cosmetic queen and Yoga master build their cult?

Kylie Jenner was under the microscopic public eye on her reality television show – Keeping up with the Kadarshians which gradually converted into her 110 million Instagram followers that she leveraged for her cosmetic brand – Kylie cosmetics. Baba Ramdev on the other hand built his business by utilising his popularity to create his own brand named ‘Patanjali’. He earned the ayurvedic yogi status from his yoga patrons worldwide making it to The New York Times as “an Indian, who built Yoga Empire, a product and symbol of the New India, a yogic fusion of Richard Simmons, Dr. Oz and Oprah Winfrey, irrepressible and bursting with Vedic wisdom”.

The two entities squeezed the freshest lemon juice they could out of the negative publicity they gained from the media. Ramdev’s communist statements made him a hero in the eyes of his cult followers leading to the birth of Patanjali eventually that is worth $6.3 billion according to Forbes. Kylie’s ‘temporary lip fillers’ turned into a temporary lip enlargement fad with the viral Kylie Jenner lip challenges and this gave way to the most sought after cosmetic brand that is worth $800 million today.

Kylie Jenner and Baba Ramdev knew for a fact that their fans were hooked onto their lifestyles and would go to any lengths to adopt it themselves. Kylie’s cult mimicked her style, makeup and fashion while Baba Ramdev’s cult was devoted to his yoga teachings, habits and diet that made him healthy and fit. They constantly gauged what their fans sought from them and built their brand around this authentic popularity. This leaves us hoping for our golden viral opportunity that only social media can decide. The question we need to ask ourselves here is, are we contributing to their pool of billions with clicks? Does the power of creating a billionaire lie in our hands? The next Zuckerberg or Spielberg could spring out of a screen while we sit back at our desks waiting for our next pay check.