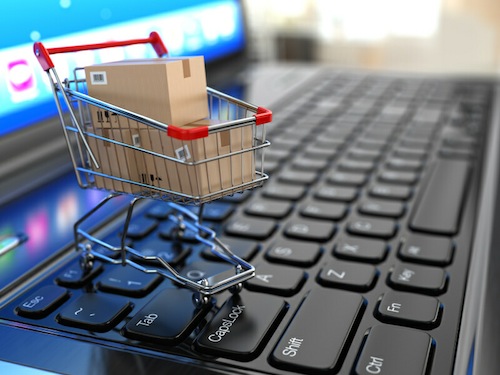 China’s booming middle class has heralded an enormous demand for western goods, from fashion to electronics.

With growing numbers of internet users and relatively low access to physical retail shops outside of the major cities, e-commerce is an increasingly popular solution for brand-conscious shoppers in China.

Many foreign companies are only beginning to show awareness of the value of the Chinese market, but those who are ahead of the game are setting up on e-commerce platforms and reaping the rewards.

Although some foreign brands have launched their own e-commerce shop fronts, many use China’s well-established online retail platforms.

The move towards existing e-commerce platforms means brands can leverage existing customers and marketing channels. It is also partly due to China’s careful control of the internet, which has made it more difficult for foreign brands to establish their own e-stores.

Which platforms are brands using?

When selling online in China, many foreign brands have been looking to Tmall Global. This e-commerce site is run by the Alibaba Group, and does millions of transactions annually.

A sister site to e-commerce giant Taobao, Tmall focuses on major brands and larger merchants, while Taobao is geared more towards boutique businesses. Together, the two account for some 80% of Chinese e-commerce transactions.

Last year, European fashion brand Asos made headlines when it announced its plans to launch on Tmall, joining brands such as Casio, Apple and the NFL.

Costco, the second-largest retailer in the US, launched on the site in October 2014 to reportedly good success, although analysts note that the volumes of foreign goods being shipped through Tmall are lower than on other platforms due to the longer delivery cycles associated with shipment from overseas rather than locally.

Volume is anticipated to increase as local shipping facilities are introduced.

Reporting growth of more than 100% over a nine-month period in 2014, according to Internet Retailer, the retail platform JD.com has made impressive strides in the e-commerce space.

Its success has drawn brands such as Steve Madden, Gap, Forever 21 and Nine West, and the platform now sells some 50,000 different brands.

Unlike the Alibaba ventures, JD.com controls its own logistics network.

Foreign retailers need to be committed to developing a long-term, local presence if they want to succeed in the Chinese market.

Discoverability can be a challenge for foreign brands selling on such huge platforms, and many foreign companies lack an understanding of the Chinese consumer. Companies need to set aside a significant monthly advertising budget if they want to see the returns that success in the Chinese market can offer.

If you’re planning on launching a shop front on a Chinese retail platform, consider speaking to one of our native-Chinese speaking consultants. We can help you set up your store, and put a strategy for continued marketing activity in place, tailored for the particular platform you’re using.