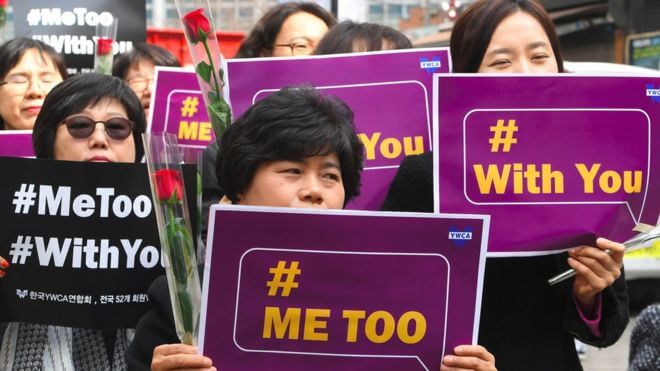 The Digital Impact Of The #MeToo Movement Was Massive, Reaching 85 Countries And 1.7M Tweets

Twitter confirmed to CBS News that over 1.7 million tweets included the hashtag “#MeToo,” with 85 countries that had at least 1,000 #MeToo tweets. The hashtag quickly went viral in the wake of dozens of sexual harassment and assault accusations against Hollywood mogul Harvey Weinstein.

What Began as a little tweet that expressed sexual assault, dethroned CEO, VPs, Hollywood actors and many notable people in major industries worldwide. The impact of this Social Media wave swept off sexual predators, reinforced stronger helplines and restored dignity to the community of women by a single hashtag which is now a mighty movement.

The Hashtag is not just a momentary hashtag, but amassed confessions, incidents and years of supressed retort and anguish against sexual predators who went scot-free. This Hashtag played the role of a judge and restored faith in humanity again. Facebook released statistics showing that there were more than 12 million posts, comments and reactions regarding “Me Too” in less than 24 hours, by 4.7 million users around the world.

The Hashtag wasn’t restricted to twitter alone but made its inroads into Facebook thereby adding more fuel to the fire. Facebook released statistics showing that there were more than 12 million posts, comments and reactions regarding “Me Too” in less than 24 hours, by 4.7 million users around the world. On Oct. 15, Milano shared a tweet explaining that if people who have been sexually assaulted or harassed tweet “me too,” it might “give people a sense of the magnitude of the problem.” Millions responded, including high-profile celebrities like America Ferrera, Rose McGowan, Evan Rachel Wood, Gabrielle Union and more.

Proprietor Of The Movement?

The movement was actually created 10 years ago by a female actress, Tarana Burke. She told the press how she came up with it in 2007 to let young women of colour who survive sexual assault know that they are not alone.

“It wasn’t built to be a viral campaign or a hashtag that is here today and forgotten tomorrow,” Burke said. “It was a catchphrase to be used from survivor to survivor to let folks know that they were not alone and that a movement for radical healing was happening and possible. The movement saw the light of day when the hashtag #HowIWillChange resurfaced on Twitter as a response by men who supported the movement instead of victim shaming this time. Thanks to twitter, there is now a possibility of a seismic shift in the cultural landscape that has been grounded in patriarchy and male dominance.

The #MeToo movement brought another related hashtag out of the closet literally from 2014. This one stressed on judgements on a woman’s dressing that validated assault. Thousands of women and men responded to it, giving birth to a campaign.

The Hashtag Gave Birth To Times Up Times Up was born and it tackles a solution-based, action-oriented next step in the #Metoo movement. The organization’s aim is to create concrete change, leading to safety and equity in the workplace. It was started by a group of over 300 women in Hollywood, with high-profile leaders including Reese Witherspoon, Natalie Portman and Shonda Rimes.

This hashtag began with a support system in mind and garnered response from this large community.1 out of 5 women are sexually assaulted during their tenure in college, more than 90% do not report, 54% of women received unwanted sexual advances at work and 71% of them do not report it because of their fear of retaliation. The movement hit the nail on the wall and twitter this time was a true social media hero.