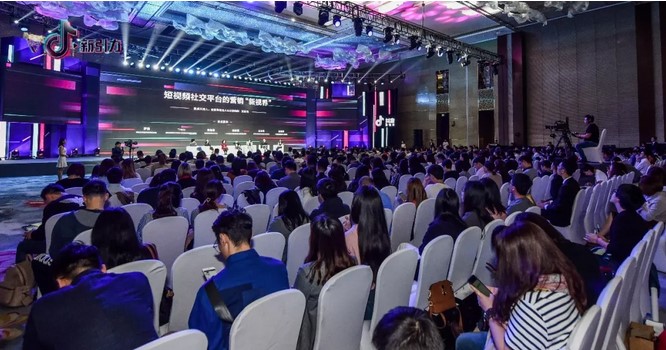 Douyin conducted Annual Marketing Summit in Shanghai on 3rd April 2018 in afternoon. It was a very low profile Marking Summit since only around 10 media companies were being invited. And the other 900 seats were occupied by all the brand owners who have early booked.

The sole purpose of this annual meeting was very clear, to tell brands the value of Douyin and how could brands benefit from Douyin! Below are few pointers that highlight the events motive:

In addition to Stars and KOLs, Douyin has starting to support its official account of the brand like Adidas Neo (a sub-brand of Adidas) who got 1,200,000 followers in Douyin since they became active from March 2017.

It helps the brand to add more business expressions on homepages such as text introduction of the brand, Brand custom picture, and Blue V Authentication display.

No matter what form of brand promotion happens on this platform, it lets users to imitate and go crazy like a virus implant.

It’s not important to get many followers, what’s important is to be everyone’s “tools” and stage.

5.Features of Promoting Ads on Douyin

2. KOL  cooperation: Douyin has set up a perfect KOL cooperation matrix. including a very native, creative and expressive person on Douyin and the opinion leaders (tourism, music, life), and the star.