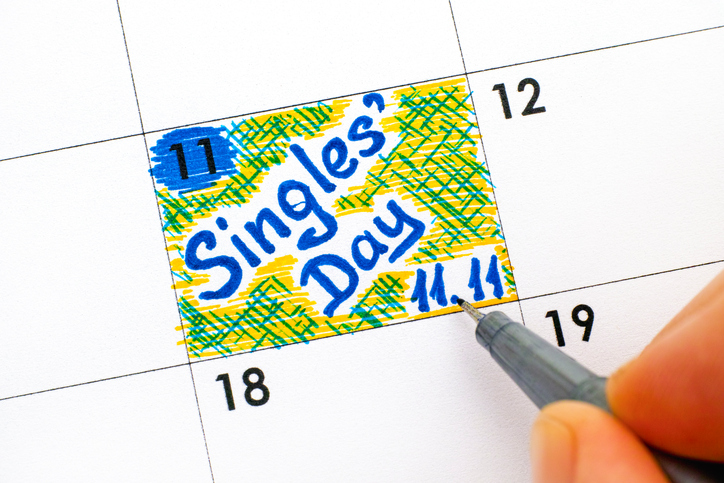 An ABC News report estimates that the festival is now so big that its sales over the 24 hours exceed that of the entire month of December in Australia!

How Singles Day in China started

Singles Day began in the 1990s as a special day for people to celebrate their single status. Not to be outdone by Valentine’s Day for couples, November 11 became an annual occasion for singles to treat themselves to something nice.

By 2009 it had morphed into an online sales extravaganza known as Double 11 – which comes from the date on which it is held.

The biggest player in the event is Alibaba Cloud. Alibaba is not a retailer but a platform for online stores to trade on.

The fun always starts the day before with a celebratory gala, which this year included Nicole Kidman in the celebrity line-up.

Once midnight hits, the event really takes off, with billions in sales usually happening within the first few minutes. Popular products are often heavily discounted throughout the event, and the advertising usually starts many weeks before the sales do.

While the festival is predominantly an online event, the big players are also going offline to attract more shoppers, especially as existing markets are moving towards saturation point.

Alibaba has converted around 100,000 physical shops into ‘smart stores’ – staffless stores that use facial recognition and other technologies to serve customers.

The festival is also no longer contained to China. This year, Alibaba targeted overseas shoppers throughout Asia through its popular Tmall platform.

Another recent change has been the reduction in price cuts. This year, the discounts were smaller and the marketing more finely tuned and personalised.

Facts and stats on Singles Day

Here are a few facts and figures about this year’s event from China Internet Watch:

According to some sources, Singles Day is driving a lot of the overall growth in online retail in China, which is nearing the $1 trillion mark and is expected to grow by up to 25% in the next one to two years.

Other contributing factors towards the growth in online retail include the proliferation of smartphones and mobile internet, and the growth in the number of China’s middle-class consumers.

Singles Day offers many opportunities for digital marketers in China. If you would like some help getting ready for next year’s event, or with any other aspect of marketing to China, please get in touch with our bilingual marketing team.