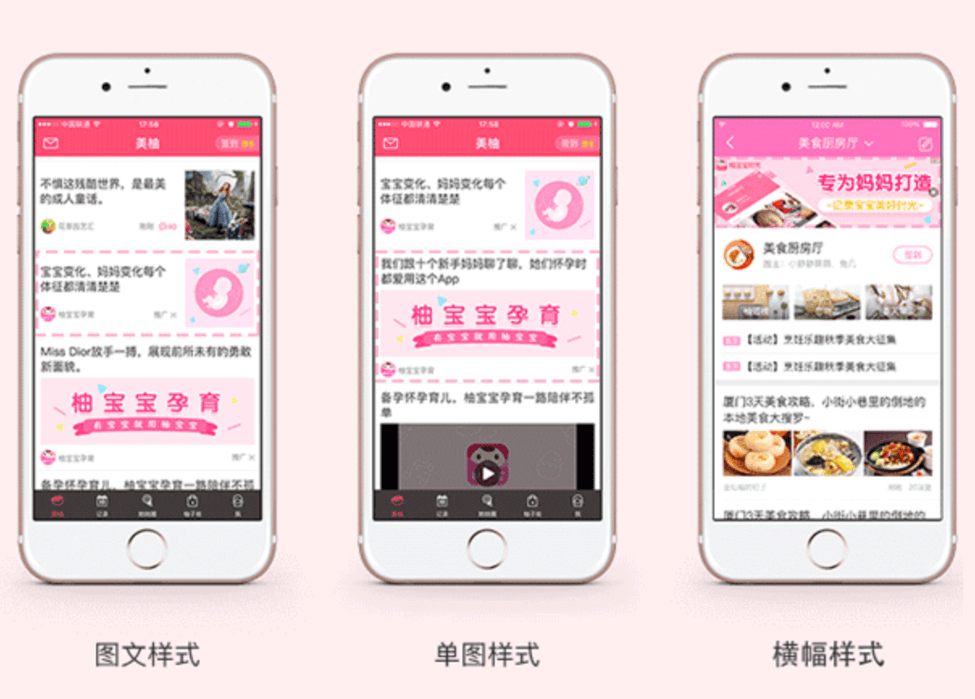 Although the gender ratio of China’s internet population is relatively balanced, male users often make up for the majority of many popular apps in China. Few apps focus specifically on women consumers, and even fewer speak to an exclusive group such as mothers. Meiyou, or literally “beautiful pomelo”, is one of these niche apps.

Launched in 2013, this Xiamen-based app is among the first to target China’s increasingly health-conscious female users and provide women-specific health and lifestyle tips for its users. With over 100 million users, Meiyou is an important app for marketers who wish to reach out to China’s 392 million female internet users.

Meiyou started out as a period tracker. It allows users to log in information about their period and provide predictions of their next period, information on their fertile window as potential ovulation date. Meiyou soon gained popularity among female users thanks to the ever-increasing awareness of personal health and wellbeing among Chinese consumers.

According to a recent research, the accumulated number of users across women’s health apps in China reached 22.5 million as of June 2018, nearly four times as many as that in July 2017. The explosive growth is an indication of China’s booming women’s health industry. Single women are most interested in tips related to general health, fitness, and beauty whereas married women pay more attention to parenting and baby-related health information.

As Meiyou amasses its user base, the app has grown to be a comprehensive platform which does not only provide a period-tracking feature but also serves as one of the few women-oriented online social venues. Currently, Meiyou offers three major features for its users.

The tracker is not just for periods but also for a woman’s pregnancy due date.  Meiyou offers different tracking modes to cater to the needs of different groups of women including single women, mother-to-be as well as mothers. Depending on the mode, users can log in specific information that helps them track their overall health, any symptoms or abnormities, weight, and even moods. For instance, users who are expecting can use Meiyou as a reminder of their pregnancy checkups, due dates, as well as a platform to get health tips during pregnancy. As for mothers, Meiyou offers tailor-made content such as baby food recipes, vaccination reminders, “Wikipedia for parenting”, and even children stories for users based on the age of their child.

Secondly, a social venue which Meiyou refers to as “Ta Ta Circle”. A combination of microblogging and forum services, this feature allows Meiyou users to connect with each other, post updates of their pregnancy journeys or life as a single woman, share recommendations on women, mother, and baby products. Unlike the most popular microblogging site Weibo or other women-focused platforms such as Xiaohongshu, Meiyou has built various communities and sub-pages under this social feature for users based on who they identify themselves as (e.g., single women, mothers, mother-to-be). Thirdly, it is an e-commerce platform where users can buy anything from clothing to baby products, from home décor to skincare with just a few clicks. Meiyou’s incorporation of social and e-commerce features is a much-welcomed move as research suggests that nearly 40% of users use mobile women’s health apps to join an online community and 20% to shop for health supplements. Together these three features have increased the user stickiness of Meiyou app; 93% of the time users spent on browsing women’s health apps was spent on Meiyou alone. The specification design turns out to be key to attracting and retaining users. Statistics from the first half of 2018 show that Meiyou has the largest number of monthly active users (over 39 million) among its competitors.

The majority of Meiyou users are young females aged between 15 and 35, an age group that is most likely to bear kids in China. These users are predominantly middle- and high-income urban dwellers whose salary averages between 5000 and 20,000 yuan (US$725 – US$2900).

Ways to Brand on Meiyou

Meiyou has switched from a pure utility app to a multipurpose platform. Thanks to its niche nature, Meiyou offers a unique opportunity for marketers to connect with China’s young female users especially those who have become a mother or are on their way to become one.

There are six options to advertise on Meiyou, which, according to the nature, format, and placement of the ads, can be grouped into three different types.

First, splash ads, which is a full-page interstitial ad that is displayed immediately after a user launches Meiyou. This form of ads can either be a still image or a short video that lasts for a couple of seconds. Secondly, ads that are placed along with the user-generated content on Meiyou including native ads which match the theme and style of Meiyou’s content, in-text links which can be a simple call-for-action message that appears next to user-generated content, floating ads which always appear on the right side of the app and follow users’ screens as they scroll up and down in the app, and pop-up ads which often prompts users to follow a link to your brand. Last but not least, brands can invest in video ads on Meiyou which gives users a more immersive experience of the product or service of interest. Each form of these ads has its pros and cons.

To maximise the output of your campaigns, be sure to talk to our experts or download our e-book today for more tips on digital marketing in China.