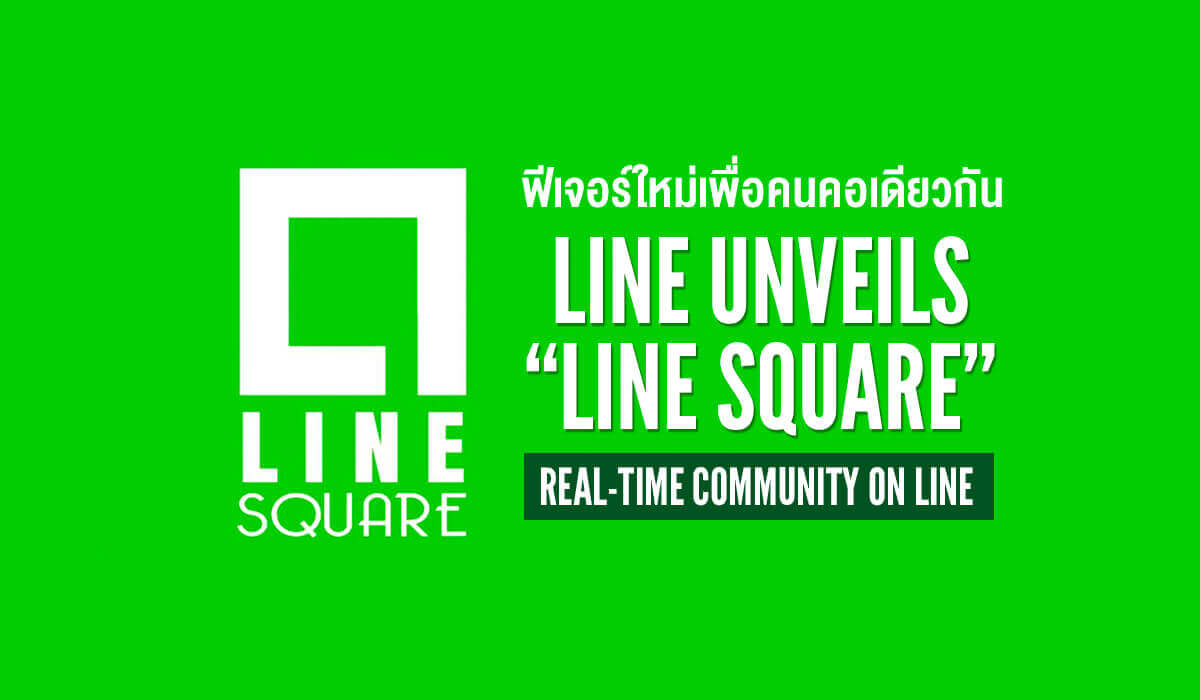 Line as a social messaging app is popular in Japan, Thailand and Taiwan with 560 million worldwide active users. Its functions are similar to WhatsApp, Facebook messenger and WeChat. However, it stands out in terms of the revenue it generates and the culture that it has ingrained amongst its users. This Disney-meets-Skype-meets-Facebook app is not just an app but a culture that Japan clings onto.

Forming bonds through group chats is now a culture that is popular in any country with access to internet and mobile phone devices. Whatsapp has its own group culture in 109 countries, WeChat has its official and informal group chats that can add numerous members and then there is Line square, an in-app service that launched in Indonesia in July last year. The feature enables its users to create “Squares” or communities based on any topic of interest, with their creators often acting as administrators managing the groups.

What Does Line Square Let You Do?

Line lets you send free group texts to your friends anytime and anywhere. LINE is available for a variety of smartphone devices like the iphone , Android, Windows, Blackberry, Nokia and the Desktop/Laptop). But the group chat feature, unlike other apps, actually formulates offline activities. But the app isn’t just building online communities. A survey among Line Square users in 2018 revealed a demand for event or co-working venues where they can meet and gather. However, these venues are often expensive to rent, so the team behind the app looked for a way to make meetups more affordable.

A year after Line Square was rolled out, the company introduced the Line Square Membership Program, which acts as a loyalty scheme “designed to support and nurture the growth of ‘good’ communities on Line Square,” says Kim. Square admins can apply for the program once a month.

They can choose to use a gathering space for up to three hours with catering that serves up to 30 people, or get free merchandise printed with their name. For the merchandise, they can choose whether they want a set of 30 Xiaomi power banks, 50 tumblers, or 50 t-shirts. Super Squares also get monthly discount vouchers from Line Square’s brand partners, which target group purchases. Just over a month since the membership program was launched, Line initiated a session to collect feedback from Super Square admins – the heavy users. The aim was to gain insights on user behaviour and improvise the service.

Feisal Makarim, who manages the Nintendo Community Square, is excited about an upcoming gaming meetup, saying that it’ll mean a lot to the group’s over 550 members, since they “love playing games together.” It’s also a chance for the members to make friends and show off their gaming skills in person.

Line’s program is also designed to help student communities in Indonesia. One Square is composed of 78,000 students who major in psychology. It plans to hold “talk shows” with prominent figures in psychology, “so that even non-psychology majors may be able to gain relevant and useful knowledge,” says the Square’s admin Iqbal Nugraha.

Line Square plans to host more Super Square admin gatherings in the near future. It wants to use its trial period, which ends in mid-2019, to assess the effectiveness of its membership program and whether it’s worth turning into something permanent.