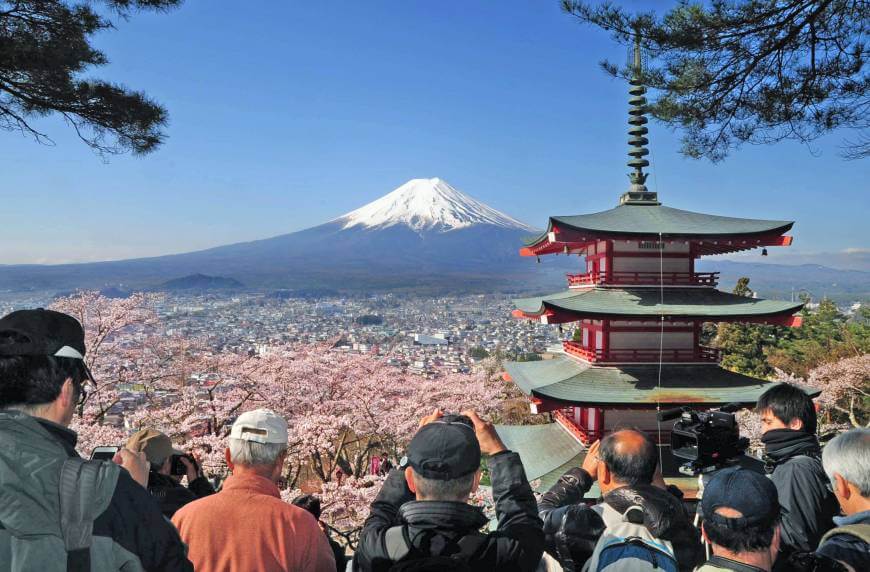 Japanese tourism increased by 15.8% in the first half of 2018 after a record of 28.7 million tourists visited Japan in 2017 which was 19 percent more than the statistics of tourists observed in 2016. The thriving figures have kept the nation on track towards the governments targets of boosting the number of visitors to 40 million in 2020

Factors that contributed to Japanese tourism

According to the Japan National Tourism Organization, travellers from China topped the list for 2015, accounting for 4.99 million, more than twice as many from the year before. They were followed by 4 million from South Korea, 3.67 million from Taiwan and 1.52 million from Hong Kong. The growth record is attributed to a number of factors namely the burgeoning middle-class in China and its growing appetite for overseas travel, provoked through viral social media blog articles and videos that featured unknown facts and the unique culture of Japan.

How social media boosted this tourism The Japan National Tourism Organization turned to Instagram to attract overseas travellers to channelize the unprecedented tourism boom and drove engagements through their first campaign by asking users to post Japan-themed pictures with the hashtag #visitjapanjp.

YouTubers that drove curiosity about Japan YouTubers like the couple Rachel & Jun referred to themselves as J-vloggers aka YouTubers who attract millions of views by sharing their insights into Japanese culture. These users uploaded tours of a Japanese high school, experiences of their stay in a tiny room at a capsule hotel and what it was like to be multi-racial in Japan.

“The hours of content uploaded from YouTube channels in Japan has more than doubled between 2016 and 2017,” says Marc Lefkowitz, YouTube’s head of creator and artist development for Asia-Pacific.

“All of us [J-vloggers] get comments from our audience that they went to Japan because of us, or they started studying Japanese because of our videos, or they visited this city because we made a video about it,” Rachel says.

Tourism in the future Along with the traditionally popular destinations like Tokyo, Kyoto and Osaka, some prefectures and municipalities have succeeded in attracting more tourists to their areas through their own clever promotional efforts like “branding” campaigns that are aimed at overseas tourists and by inviting low-cost carriers to launch services in local airports. The government hopes to see the number of foreign tourists visiting Japan to reach 40 million a year by 2020, when Tokyo will host the Olympic Games.