Weimob, one of Youzan’s most frequently mentioned competitors, was already profitable in 2021. But, it’s just quite different from Youzan, with less than a third of its business through SaaS.

Initially, almost all of Weimob’s revenue came from SaaS — because it thought it could be a CRM for WeChat retailers. It is referred to as a major 3rd party solution provider for WeChat.

It generates the majority of its revenue by serving targeted advertising to merchants on WeChat. Weimob offers some of the same solutions as Youzan, including all of the software packages for offline establishments, for example – hair salons.

You can open a mini program shop for your brand using Weimob’s Weimall function. It enables you to do a lot of things like membership management, all kinds of social promotions, and live streaming.

Do Not Confuse With Weidian

There is a third company called Weidian, which translates to “Mini Store” in Chinese. We thought we’d mention it because it’s so easy to confuse it with Youzan and Weimob.

Weidian also has a SaaS business that helps retailers sell on WeChat, and it was the first of the three to be formed. Weidian was also unique, in that it made it simple to sell not only your own items, but for other people as well. Remember that WeChat is where individuals have their close connections and friends, thus direct selling is a smart approach to use the existing social network.

Weidian completely overlooked WeChat’s use of offline QR codes and other methods to increase mini program acceptance and online engagement. To their credit, Youzan and Weimob were quick to offer group buying and other promotional services. Speaking of QR codes, The People’s Bank of China (PBOC) recently issued a guideline prohibiting the use of personal recipient QR codes for business services beginning March 1, 2022. That is unquestionably a setback.

Is Tencent Sitting idly by and just waiting for third party solution providers to grow?

You might be wondering if Tencent is just sitting back and watching as all these players try to establish businesses on the WeChat platform it so carefully built. No way, no how!

Tencent invested in 8% of Weimob and 7% of Youzan at roughly the same time. It already had shares in Weimob, so this was only adding to its holdings, but it had never owned shares in Youzan previously.

Apart from overhauling its own mini program solution, it also launched an easy-to-use, one-click store opening function in 2020. It also developed Xiao’e Pinpin, a group buying mini program, that also allows you to build up stores for individual WeChat groups you’re in.

The main take away from this Ecommerce SaaS Evolution series is this – marketplace e-commerce platforms like Taobao, Tmall, JD, and Pinduoduo may not see much movement in their dominance for a time, but there are other platforms emerging in China e-commerce that are more ‘decentralised’. Or, as Chinese marketers refer to it, private traffic.

The leading companies, such as Youzan and Weimob, have essentially mimicked everything these platforms provide, such as social selling and gamification features. Furthermore, they allow you to combine it with everything else you do on WeChat. They also offer all of these solutions for connecting your offline and online presence. WeChat mini programs are all about driving internet traffic to offline stores and vice versa.

That is what WeChat excels at, and it represents a big opportunity if you ask us. You can also provide a plethora of additional services, as Shopify does.

Get in touch and get started with WeChat mini-programs, Youzan or Weimob right away. 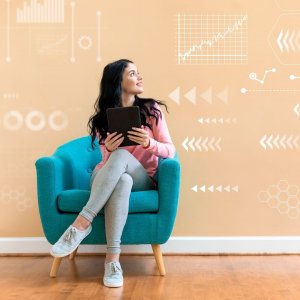