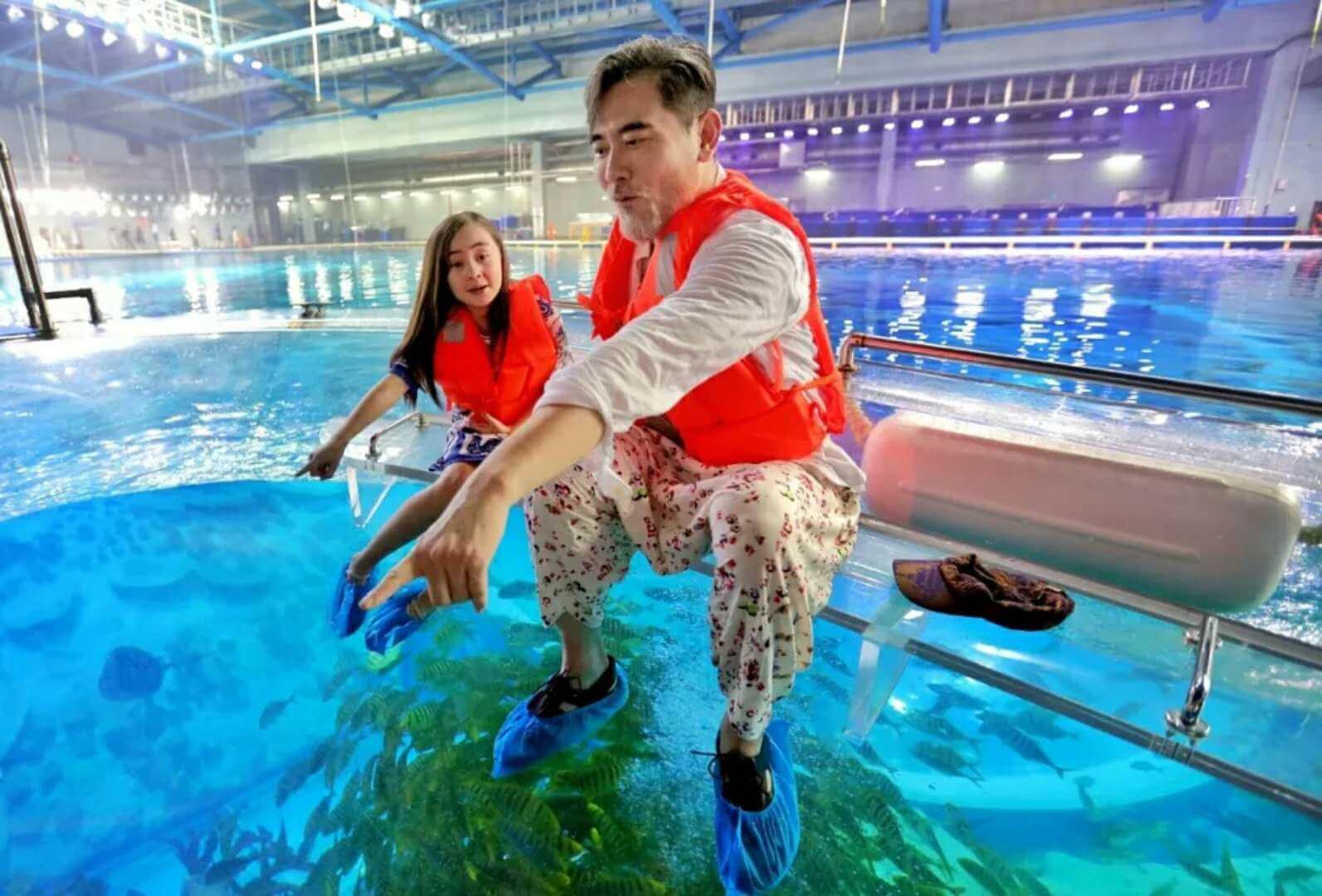 Digital Crew caught up with Hollywood Celebrity Winston Chao for his upcoming movie The Meg, a movie that is about a massive whale shark Winston Chao is a Taiwanese actor well known for his role in movies like ‘The Wedding Banquet’, ‘Kabali’, ‘Red Rose White Rose’, ‘Eat Drink Man Woman’ and for his notable portrayals of Sun Yat-sen in the films ‘The Soong Sisters’, ‘Road To Dawn’ and ‘1911’. The actors were reminded of the giant toothed shark from the movie that scared them equally when they encountered the sharks at the whale shark pavilion. When asked about their experience in the depths of the Whale Shark Museum, they gave out exasperated expressions while admitting how the transparent boat gave them a realistic feel of the underwater world (The whale shark museum is full of natural sea water with 20,000 exotic fish) as the whale shark swam right below their soles. The interview concluded with a question and answer session from the audience and the media present at the venue for the ongoing movie promotion. Ophenia was interviewed by Janice Peterson for Business Australia